Happy Birthday to You has been called the best known song in the world. Certainly, one would be hard pressed to find anyone who has not sung and heard it dozens if not hundreds of times.

But you may not have known that for decades Warner/Chappell Music and its affiliate Summy-Birchard, Inc., demanded and received millions of dollars in copyright royalties from thousands of companies and individuals for the right to include renditions of Happy Birthday in movies, TV shows, music videos and the like basing their claim on a copyright registration dating back to 1935.

In 2013, in separately filed lawsuits, Warner/Chappell’s copyright was challenged by several individuals and small production companies. One of these plaintiffs, Good Morning to You Productions Corp., was working on a documentary about Happy Birthday to You and was moved to action when Warner/Chappell demanded a USD1,500 license fee to reproduce the song in its film. These cases were consolidated into a single coordinated class action lawsuit (Good Morning to You Productions Corp., et al. v. Warner/Chappell Music, Inc., et al., Case No. CV 13-04460-GHK (MRWx), US District Court, Central District of California), seeking a declaratory judgment that Warner had no valid copyright covering Happy Birthday and demanding restitution of the license fees paid by all members of the class during the three years preceding the lawsuit (the applicable statute of limitation for such recoveries).

The quest to trace copyright ownership

The tortuous legal history of Happy Birthday to You begins in 1893, when Clayton Summy filed for copyright registration in a songbook entitled Song Stories for the Kindergarten, assigned to him by author/composer sisters Mildred and Patty Hill. One of the songs, Good Morning to You, included the now-familiar Happy Birthday melody but was set to the words “Good morning to you, Good morning to you, Good morning dear children, Good morning to all.” Mildred was the composer, and Patty wrote the Good Morning lyrics.  In 1921, following Mildred’s death, third sister Jessica Hill filed for renewal of this copyright. Copyright protection for the Happy Birthday melody thus expired in 1949, at the end of the 28 year renewal term under the copyright law then prevailing.

The crux of the case

The operative question in this case was whether the author of the Happy Birthday lyrics had effectively assigned her common law copyright to Warner/ Chappell’s predecessor-in-interest. This launched the parties on an exhaustive search through newspaper articles, magazines, copyright office records and court files dating back 100 years and more, to discover who wrote the lyrics to Happy Birthday to You and what that person had done with the copyright in that composition.

Establishing authorship is a challenge

In the early 1930’s, Happy Birthday was sung in several motion pictures, and in 1933 it was performed in the play As Thousands Cheer.  In 1934, Jessica Hill sued the producers of As Thousands Cheer for copyright infringement, but not for infringement of the Happy Birthday lyrics.  Rather, her claim was limited to alleged infringement of the copyrighted Good Morning melody that was performed with the Happy Birthday words. Warner/Chappell’s claim that Patty Hill authored the Happy Birthday lyrics was based on her deposition testimony in that case, in which she said that she wrote the words to Happy Birthday around the same time as she wrote the words to Good Morning.  While there was evidence suggesting that someone else may have composed those lyrics, the Court’s analysis proceeded on the assumption that Patty was the author.

The plaintiffs challenge every significant part of this history. They dispute that Patty Hill wrote the words. They claim that even if she was the author, she either abandoned her common law rights or lost them due to public dissemination of the lyrics. And finally, they assert that any common law copyright that Patty Hill may have owned in the Happy Birthday lyrics was never effectively transferred to Summy Co.

With the battle lines drawn, the competing sides each filed cross motions for summary judgment. Such a motion asks the court to rule that there is no genuine dispute about any fact that is material to deciding the controversy, and that based on the undisputed facts, the moving party is entitled to judgment in its favor as a matter of law.

Warner/Chappell’s argument primarily focused on the statutory presumption of validity that attaches to a copyright registration. That statutory presumption (based on provisions in the 1909 and 1976 Copyright Acts, expanded by case law, dictates that the copyright certificate creates a rebuttable evidentiary presumption that the registrant has met all requirements for copyright validity. The E51990 registration includes a deposit copy of Happy Birthday including both the music and the words. Warner/Chappell contends therefore that the presumption of validity creates prima facie evidence that it owns a valid copyright in those words, which at least precludes summary judgment in favor of plaintiffs.

Warner/Chappell also relies on a 1943 settlement agreement resolving a lawsuit between the Hill sisters and Summy Co. That suit concerned allegations that Summy had exceeded its rights under copyright transfers made by the Hill sisters to Summy in the mid-1930’s. Those transfers covered various piano arrangements ofHappy Birthday. In an agreement settling that lawsuit, the sisters assigned to Summy Co. any copyrights that they might own. Warner/Chappell contends that the claims in that case reflect that the 1930’s transfers covered the lyrics, and further, that even if the copyright in the Happy Birthday lyrics had not been transferred to Summy Co. previously, this agreement retroactively accomplished that result.

What the plaintiffs claim

The plaintiffs contradict this argument by pointing out that registration E51990 states that it is an “Application for Copyright for Republished Musical Composition with New Copyright Matter,” listing the new matter as “arrangement as easy piano solo, with text,” It names the author of the new matter as Preston Ware Oren. The plaintiffs argue that E51990 thus only claims copyright in the piano arrangement of theHappy Birthday tune written by Mr. Oren. As no one claims that Oren wrote the words to Happy Birthday, the copyright certificate does not create any presumption that Summy Co. secured copyright in the words by that registration. The plaintiffs dismiss the claim that the 1943 Hill/Summy settlement agreement infused copyright protection on the lyrics into the E51990 registration from 1935, because the 1930’s transfers showed no intent to cover lyrics, and the “catch-all” 1943 assignment could not retroactively impute rights into the E51900 registration that were not there in 1935.

What the Court says

The parties first appeared before Judge King to argue their positions on March 23, 2015. The Court subsequently ordered the parties to file additional legal briefs, and held another hearing on July 29, 2015. Finally, on September 22, 2015, Judge King issued his decision in an exhaustive 43 page memorandum. He ruled that the record did not support summary adjudication for the plaintiffs based on the theories that common law copyright in the lyrics had been abandoned or forfeited by publication. Conversely, he concluded that the E51990 registration on its face did not encompass copyright in the Happy Birthdaylyrics, and so Warner/Chappell was not entitled to summary judgment based on the presumption of validity.

Warner/Chappell filed a motion asking the Court to reconsider its decision, asserting that Judge King had failed to afford the E51990 registration the proper presumption of validity, and had incorrectly analyzed the Summy/Hill transfer agreements. Had that motion failed, the case would have proceeded to trial on damages for the plaintiff class. Most likely, a very interesting appeal would have followed.

But in December, the parties reported reaching a global agreement to settle the matter. On February 8, 2016, they filed their proposed settlement agreement as part of a motion for court approval as required for class action cases. The agreement would see Warner/Chappell refund up to USD14 million in license fees paid by class members for use of Happy Birthday broken into two classes. “Period one” claimants would receive up to 100 percent of license fees paid after June 13, 2009, up to an aggregate of USD6.25 million. The balance of the USD14 million fund would be paid to “Period Two” claimants, who would receive up to 15 percent of license fees paid from September 4, 1949 to June 13, 2009. A hearing on court approval of the settlement is scheduled for March 14, 2016. 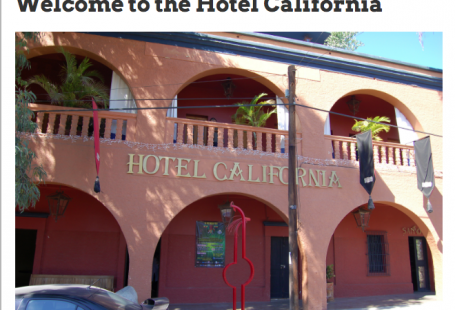 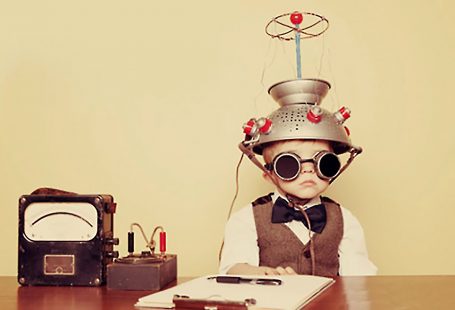