The collection of copyrights that constitute ownership of a film, the Chain of Title, begins with the script and, if the script is based on previously created material, the copyright to that material as well.

An option is a term that means exactly what it says – it grants the producer the option to license the material under negotiated circumstances. Therefore, an option agreement will also contain an acquisition agreement for the underlying material should the option be exercised (meaning that the lm is put into production).

As the starting point in a distributor’s confirmation of Chain of Title, they will make sure that the option is properly documented, includes all rights necessary to exploit the finished film and was properly exercised i.e. has not expired, payment was made and all creators were properly credited.

Option Agreement Film. The option of a script based on the screenwriter’s original idea is, of course, the easiest option because there is only one copyright.

If the producer is optioning a screenplay based on previously existing material (a novel for instance), it is important to confirm that they also have the option for the underlying material and that they will be able to acquire those rights when needed. The right to make a film based on a script based on a novel is clearly of no value without the right to make the novel into a lm.

In either case, it is important that the option contains the right to acquire all rights that the distributor could possibly need or want from all parties that may have some claim to the copyright.

This might include the author, playwright, screenwriter, previous screenwriters if any of their original material was used and even possibly previous option holders if their option gave them an ongoing interest in the material after the expiration of the option. Having an option usually requires the expenditure of monies to develop the material and the option might allow for the recoupment of those costs if the material is one day made into a lm.

The rights a distributor will want to see included in the option include the right to make a film based on the material (book, screenplay, magazine article, short story, song lyrics, biography, etc.) as well as the right to exploit the lm in any format anywhere in the universe in perpetuity.

Option Agreement Film. Films based on true stories can raise issues that option agreements might want to address to limit and to protect a producer’s future liability. Such scripts are often based on news of crimes, political scandals or tabloid stories about the rich and famous. Under the European Convention on Human Rights, the right to privacy is a fundamental right and it must be balanced against the right to information as granted under Article 10.1 of the same Convention.

It can be hard for the producer to find a fair balance between those two principles, knowing that a court will favor the solution giving protection to the most legitimate interest (French Supreme Court,July 9th, 2003).

The producer should also acquire sequel, remake, character licenses, merchandising rights and anything else she thinks might be useful in the future (and that the copyright holders will allow them to have). At this point in the process everyone should plan for success. These rights are easy to obtain at the beginning of the process but nearly impossible to obtain after the film is a hit.

The producer should also try to secure an ongoing interest in the material past the expiration of the option period (usually one year but often with pre-negotiated extensions based on further payments or progress in developing the lm such as attaching a director or cast for instance or securing distribution). If a producer invests time and money into developing the material she should reap some of the bene t should the lm start production with another producer a month after the option expires.

As the assignment of rights to the producer or single purpose production entity is incorporated in the option agreement, there is no need to subsequently sign an additional agreement to make the lm once the option is exercised.

1. Parties to the Agreement

The production company established as the rights aggregating entity on the one hand (the Single Purpose Entity or SPE) and the author, screenwriter or another legal entity that controls the copyright to the material for the screenplay/underlying material on the other hand.

In all cases, the distributor needs to confirm that the party claiming the rights is truly the owner. That is, that the writer has not assigned the rights to another entity or that the entity claiming to control the rights has properly acquired those rights.

2. Description of the Optioned Work

The work has to be clearly described in an all-inclusive way. If it is a script, it must specify if it is an original idea or based on other material by the same or other writers. If based on previously existing material it is important that the producer licenses rights to both.

The option is an exclusive right and should include all rights needed to make and release the film in all media worldwide in perpetuity – or for the maximum copyright period allowed by local copyright law – based on the material.

What screen credit will the author receive ?

The price for which the rights will be acquired to produce the lm once the producer exercises the option on the script. This can be expressed as a hard number or as a percentage of the film’s budget subject to a minimum and a maximum.

If the option is with the screenwriter then they may be required to complete additional work on the script (rewrites, polishing) either in exchange for fixed payments that might be outside the exercise price or simply in exchange for the option fee in hopes that the improvements will lead to the screenplay being produced.

Such additional payments will be based on the success of the film (profit participation/royalties) or payments for derivative works and ancillary properties (sequels, remakes, games).

If the screenwriter’s active involvement in the production is necessary or required then all reasonable expenses should be paid.

These can include the parties confirming that they have the legal authority to enter into the agreement, that the author is indeed the sole author and that they control the rights being granted, that the material in no way infringes the intellectual property rights of any person nor is it defamatory or obscene based on local laws, that there are no pending lawsuits or other legal problems and that there are no encumbrances or liens on the property.

This must include the forum, such as court litigation or an Alternative Dispute Resolution (ADR) method, for example mediation and/or arbitration. These clauses should indicate in particular the relevant authority and jurisdiction, including the applicable law that controls the agreement between the parties, as well as the place of arbitration and/or mediation. The parties might also want to agree on a limit to damages, in order to cap potential liability risk. For example damages may be limited to a return of a distribution advance rather than a speculative estimation of lost profits.

This is a document required in some jurisdictions in order to confirm the details of the authors and the fact that they are, indeed, the authors of the material and that no rights have been assigned to any third party or that the work is a work for hire. It is best to get this certificate of authorship as part of the option as it will likely be necessary at a later point.

All interested parties should confirm that all documents are signed and, if there is any doubt, it is advisable to go back to the parties to confirm that they have, indeed, signed the documents. 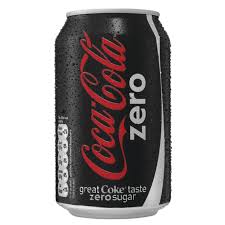