Recognizing the huge creative potential of Africa’s cultural resources, the power of the media and the need to renew confidence among Africans in our creative potential, the African Public Broadcasting Foundation (APBF) is supporting efforts to establish a viable African public broadcasting landscape that harnesses digital technologies and encourages the production of high-quality, compelling content made by Africans for Africans.

The APBF, which was established by ABN Holdings Ltd in collaboration with Professor Emmanuel Akyeampong of Harvard University and key African broadcasting organizations, is a pan-African electronic media organization that brings together broadcasters and academic researchers.Its vision is to support Africa’s economic transformation by establishing a creative workshop in which a succession of authentic and inspiring development-oriented story arcs are developed, produced and distributed across African television channels, targeting millions within Africa and beyond.Drawing on Africa’s deep cultural wealth, the APBF is recreating Africa’s inspiring storytelling tradition for television with content made by Africans for Africans. The goal is to take advantage of the immediacy and audio-visual power of television to celebrate the continent’s lush history of folk tales to entertain and enlighten viewers.For centuries, Africa’s uplifting storytelling tradition went uncelebrated. This has generally dampened interest among Africans in the rich cultural wisdom of our narratives, effectively curbed any appetite to exploit its creative potential, and obscured a vision of a future of infinite possibilities in which noteworthy achievements are the norm.

An opportunity to revive interest in African culture

Traditional media and content industries across the globe are being irreversibly altered by the shift to new digital media technologies. These technologies are transforming the way we produce, store, distribute, and consume creative content.

In Africa also, traditional business models within the media sector are giving way to new digital platforms which have become the central drivers of rapidly evolving operating models, consumer relationships, and revenue growth.

The digital revolution will grant Africa’s creative entrepreneurs a unique opportunity to translate Africa’s folklore traditions into engaging, creatively packaged digital content which can be shared with millions of consumers around the world at the click of a button.

Making the most of these opportunities, however, will require the transformation of Africa’s broadcasting landscape. Creating an environment in which a sound public service-focused digital publishing industry emerges is a key priority for the APBF. To achieve this, we are focusing on three main goals.

First, Africa has to concentrate on developing culturally iconic, subscription-based television brands that are oriented toward the mass market. Africa needs to establish a broadcasting ecosystem that is efficient, affordable, platform agnostic and supportive of the monetization of content. It needs an ecosystem that attracts the participation of all Africa’s public and private broadcasting corporations within which they can operate profitably.

Second, Africa needs to restore the integrity and virtues of Africa’s cultural emancipation. The goal is to support the digital transformation of African societies while retaining interconnectivity and diversity, and to rekindle Africa’s spirit of cultural creativity by establishing a robust digital television content-publishing brand driven by inspiring and compelling African content that resonates with African viewers.To ensure a continuous flow of content that is made by Africans for Africans, the Foundation is supporting efforts to establish an African Digital Media Fund to assist Africa’s burgeoning media entrepreneurs.

The immediacy of television and the way in which it can so convincingly convey stories can be tapped to restore the aspirational virtues and integrity of Africa’s past civilizations. Success in motivating Africa’s restless youth will depend on our ability to validate the continent’s worthy historical past and its notable accomplishments, while, at the same time, projecting a compelling vision of a renewed African personality that is capable of pursuing productive and transformative change. 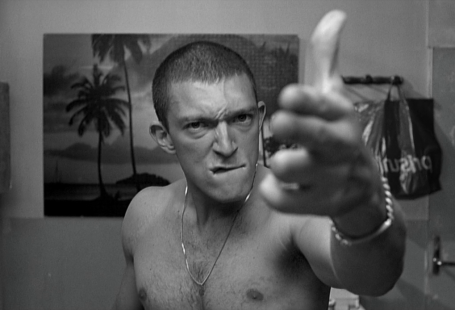