How a society treats its artists reveals many of the values of that culture.

Some cultures integrate creative efforts into the fabric daily life; others encourage talented individuals to pursue their creativity by holding these citizens in high regard whilst others still relegate those who predominately create to the social edge, valuing other types of activities more. This is the embodiment of the natural rights an artist has over what he has created.

The culture of artistic value and recognition of moral right started in the nineteenth century and early twentieth centuries in Europe when a set of rights, different from copyrights, evolved to protect the creative efforts of artists.

In the context of copyright law, “moral rights” refers to a collection of rights accorded to people who create original new copyright works. These moral rights laws originated from France, where they are referred to as “droite de Morale.”

Indeed, France is normally held up as a model for moral rights law and generally is considered the birthplace of “droit moral” and all the others countries in Europe regulated by civil law and codes, have taken this idea of an author’s rights.

Moral rights assist creators. They protect the paternity and the integrity of their copyright works. They protect those non-economic interests that a person may be supposed to have acquired by virtue of the creative act.

Moral rights derive from natural law concepts and are therefore recognized and codified, but not created or limited, by legislation. This however is not a notion of moral rights that is generally acceptable in the copyright countries. Yet what it is without doubt is that in civil law countries moral rights are not only treated like rights, but through civil law’s regulations are systematized exactly as rights.

They are private legal rights that are capable of exercise by the author and, increasingly, by the performers’ interests whether they exist in natural law or are the result of specific orders and whether they are the correlatives of duties owed by others. In other words, they do not represent the protection of authorial or performer interests by means of simple statutory prohibition.

Contrary to the United Kingdom or the United States or in general to common law countries’ interpretation, where the word copyright refers to a non-author’s rights to copy a given work, moral rights – or “droit moral” in France – concentrate on the artist or the author of a work. The former stressed the rights of the author, while the latter stretches that of the person using that work.

However it is unclear, what is the scope of moral rights for a creator. It differs with cultural conceptions of authorship and ownership, but may include the creator’s right to receive or decline credit for his/ her work, to prevent his/ her work from being altered without her permission, to control who owns the work, to dictate whether and in what way the work is displayed, and/or to receive resale royalties.

As the above stated said, as moral rights developed in Europe they have been focused on the protection of authorship and have been classified as a species of personality right. They are important under many aspects: they protect literary and artistic property; they protect personality; they offer some modicum of power to performers; they uphold human rights; they safeguard social and professional standing; they maintain the economic advantages of reputation; they prevent the deception of the consumer; they are the guardians of civilization and the arts; they are a barrier against dilution of the national culture.

The big distinction is between the rights of an artist in her/ his property, which is the artwork she/ he has produced, and her/ his rights to preserve his integrity and to control how her/ his personality, her/ his name.

The different conception of author’s moral rights in civil law and common law have a strong base in the philosophy of law, where it is said that the vision of moral rights depends on the acceptation that the legislator has put in the individual or in the property.

This conception is related to the idea of Subjective v. Objective. Briefly, the Subjective view is interested in the person and the individual as an artist, on the contrary the Objective view is concentrate to the material and to the work that the artist has created.

The Subjective approach disregards the object of the artist’s attention and focuses on the person of the artist and not the fruit of his endeavour. In this view that concentrates on the subjective feelings of an artist then it stands to reason that such a view would give an artist a right of action against an unkind art critic. What is also considered relevant, is the artist’s feelings and the hurt that would be felt by such a person when his work has been distorted, mutilated, deteriorated.

Also, the Subjective view of a personal right attaches this right to the artist as a person and to his subjective feelings. Under such a view, the artistic worth, or the value of the art, whatever that may be and however that may be defined, is irrelevant: what is important is the creator of the piece of art as a human being. Essentially its purpose is to give an artist a right of action when his feelings have been hurt. Considering the fact that in life, one’s feelings are constantly hurt, then such a view gives an over broad right of action to an artist. To use a metaphor “…the new owner of a house would be enjoined from re-arranging furniture or the architecture of his dwelling because the previous owner of the architect’s feelings could be hurt.”

Thus the work of the artist becomes part of herself/ himself, presented outside of her/ his self in an object that represents her/ him. It is to view the personal right of an author and the process of her/ his creation as a process, in which the artist has externalized, for all to view, her/ his personal experiences, ideas, feelings. Viewing the artist’s personal rights in such a manner, one then can realise that it is perfectly normal for such a right to prolong even after the death of the artist because, if the work is part of the artist, then the artist will live through her/ his art, and even after death, any alteration to the art is an unwelcomed aggression, offense to the artist.

They are two arguments and different scenes of the same notion involving the power of the author when she/ he has created a work of art.

They are the basis of the rights granted to the author and moral rights protection has been invoked worldwide in a wide range of circumstances, including salient cases involving not only films but also music and theatre that obviously, and considering the different approaches, are decided in a very different ways in countries regulated by common law and in countries regulated by civil law.

For example with regard to remixes of contemporary music one such case happened in 1993, when the British singer, George Michael, was granted a preliminary-trial injunction by the Court of Appeal in London preventing the release of the Bad Boys Megamix, a medley of a number of George Michael’s band (Wham!).

The Court of Appeal in London found that it was arguable that the remix record could constitute derogatory treatment of George Michael’s songs; it was capable of being a distortion or a mutilation amounting to derogatory treatment;with regard to classic music, one such example happened in France in the case Soc le Chant de Monde v. Twentieth Century Fox where a court prohibited the use of a score by Dmitri Shostakovich (1906-1975) in a United Sstates anti-Soviet film.

In contrast, in Shostakovich v Twentieth Century Fox Film Corp, the composer’s claim was rejected by United States courts in 1948 and 1949 on the basis that the right to artistic integrity as argued by the plaintiff was not found in law; with regard to theatrical performances in 1992 a French court held a theatrical director liable for infringement of Samuel Beckett’s right of integrity by staging Waiting For Godot with the two lead roles played by women instead of men, contrary to Beckett’s stage directions.

It commented that exercise of a moral right in respect of a performance is justified because from the audience’s point of view “the work and the performance become one”; with regard to defacement of sculptures and murals in the 1962 Buffet v. Fersing case in France, the artist Bernard Buffet (1928-1999) gained damages from a buyer who had disassembled one of his works. Buffet executed a painting on six panels of a single refrigerator, signing only one panel.

The court held that the single signature was evidence of his intention that the work be understood as a whole; he was thus able to recover damages for violation of his integrity right when the owner of the refrigerator sold each panel separately; with regard to modification of buildings, in the 1982 Snow v. Eaton Center case, an artist successfully claimed breach of integrity after a Canadian shopping centre draped decorative ribbons over the necks of his sculpted geese; with regard to films, moral authors’ rights have been invoked mainly for reformatting of films, in particular for the “colourisation” of black and white films by masters such as John Huston (see below chapter 2.2.1) 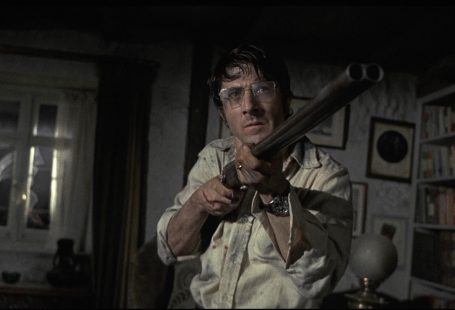 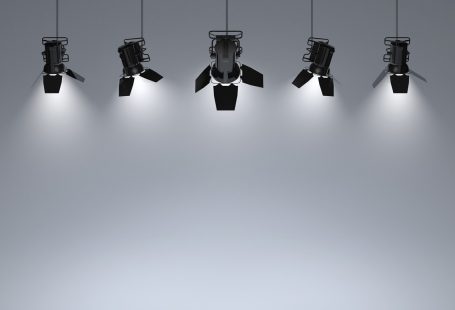