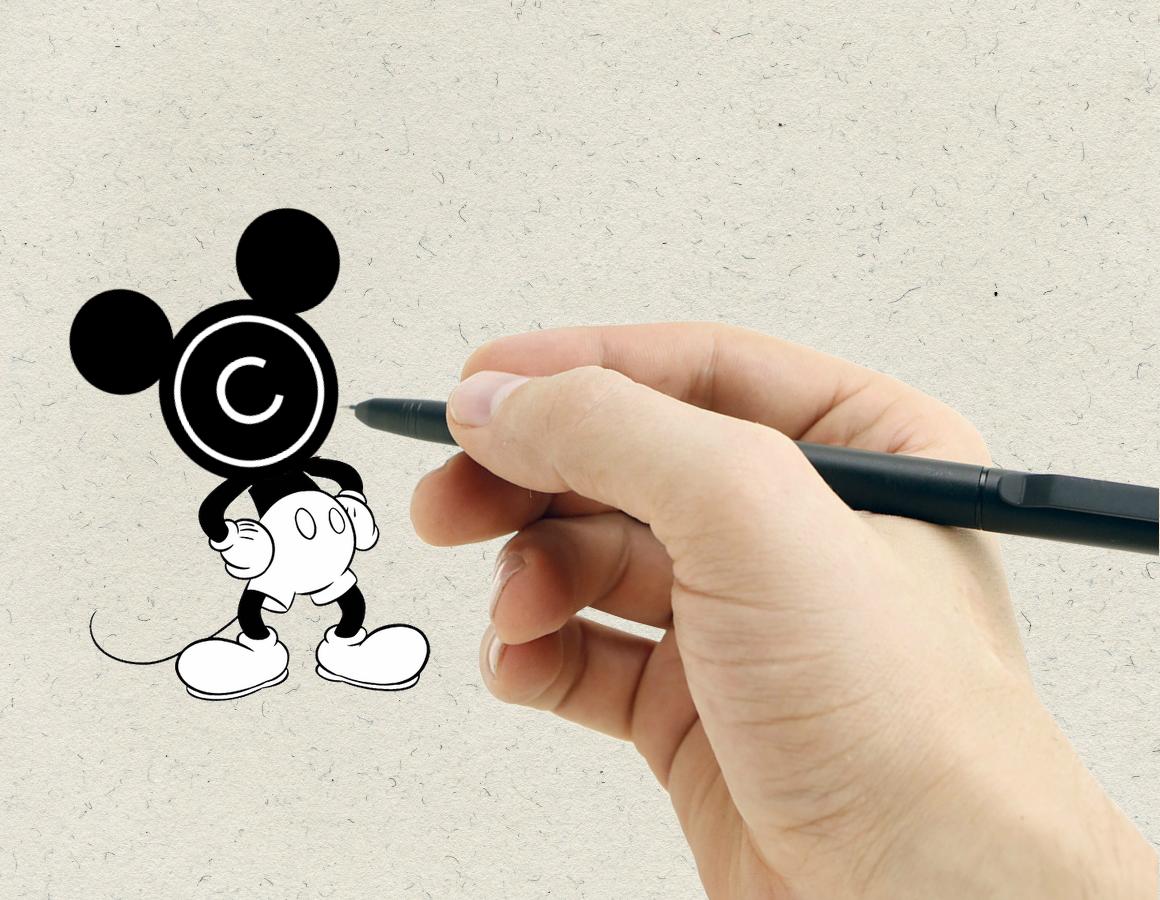 Mickey Mouse is, in the words of one copyright expert, “a fucking powerhouse.”

The lovable rodent, who sports bright red shorts, a pair of gigantic yellow shoes, and circular ears, has achieved, in his 87 years, what no other animated character has: He has won an Academy Award. He has spawned social clubs, theme parks, and every piece of merchandise imaginable. He has a worldwide brand awareness of 97% — higher than Santa Claus. For his efforts, Forbes has dubbed him the world’s “richest fictional billionaire,” placing his estimated worth to Disney at $5.8 billion per year.

For Disney, Mickey Mouse is not just a huge money maker, but the company’s most coveted piece of intellectual property. Mickey is Disney, and Disney is Mickey: the two are simply one and the same, and nothing is more important to Disney than his well-being. (“I love Mickey Mouse more than any woman I have ever known,” Walt Disney once famously said).

For this reason, Disney has done everything in its power to make sure it retains the copyright on Mickey — even if that means changing federal statutes. Every time Mickey’s copyright is about to expire, Disney spends millions lobbying Congress for extensions, and trading campaign contributions for legislative support. With crushing legal force, they’ve squelched anyone who attempts to disagree with them.

In the age of the Internet, where vast swaths of creative material are freely available, the central question raised by Mickey Mouse’s copyright ordeal is especially pertinent: Which is more important, a robust public domain, or the well-being of private interests?

How Mickey Has Evaded Copyright Law

The first of these laws, the Copyright Act of 1790, stipulated that creative works were entitled to up to 28 years of protection (14 years, plus an additional “renewal” period of 14 years, supposing the original hadn’t died). This was followed by an 1831 act, which extended the copyright period to a max of 42 years, and a 1909 act, which elongated that period again, to 56 years. As the Art Law Journal clarifies, “very few works actually maintained [these] copyright durations”: only a fraction of those who secured copyrights protected them, or opted to renew them.

Mickey Mouse was brought into the world in 1928, under the 1909 Copyright Act, entitling him to 56 years of protection under the law — no more. In accordance with the law, his copyright was set to expire in 1984.

As this date drew near, Disney (the corporation) grew increasingly anxious. By this time, Mickey was worth billions in annual revenue, and had become the face of the company; losing him to the public domain would be a massive financial blow. Quietly, Disney took to Washington and began lobbying Congress for new copyright legislation.

In the chart below, we’ve visualized every major copyright act, and overlaid how these acts have kept Mickey Mouse out of the public domain: Disney’s efforts, and those of other multinational corporations with soon-expiring intellectual property, seem to have paid off. In 1976 — just 8 years prior to Mickey’s expiration — Congress completely overhauled U.S. copyright law to conform with European standards. This new law expanded already-published corporate copyrights from 56 years to a maximum of 75 years. All works published prior to 1922 immediately entered the public domain; all works published after 1922  (including Mickey Mouse) were entitled to the full 75 years of protection. Just like that, Mickey Mouse extended his copyright death 19 years — from 1984 to 2003.

By the mid-1990s, Disney again began to feel the impending doom. In addition to the 2003 expiration of Mickey’s copyright, Pluto was set to expire in 2005, Goofy in 2007, and Donald Duck in 2009. The gang, collectively worth billions, had to be retained, so Disney began lobbying again.

In 1997, Congress introduced the Copyright Term Extension Act, which proposed to extend corporate copyrights again — this time, from 75 to 95 years. To ensure the bill passed, Disney cozied up to legislators.

Watchdog records show that the Disney Political Action Committee (PAC) paid out a total of $149,612 in direct campaign contributions to those considering the bill. Of the bill’s 25 sponsors (12 in the Senate, and 13 in the House), 19 received money from Disney’s CEO, Michael Eisner. In one instance, Eisner paid Senate Majority Leader Trent Lott (R-MS) $1,000 on the very same day that he signed on as a co-sponsor.

While it is impossible to say for certain whether or not Disney’s efforts directly impacted politics, the results heavily worked out in their favor: the bill quietly and unanimously passed in the House and Senate with no public hearings, no debate, no notice to the public, and no roll call.

In the entire congressional committee, only one man — Senator Hank Brown — opposed the bill. “The real incentive [was] for corporate owners that bought copyrights to lobby Congress for another 20 years of revenue,” he later said. “I thought it was a moral outrage. There wasn’t anyone speaking out for the public interest.”  Continue…